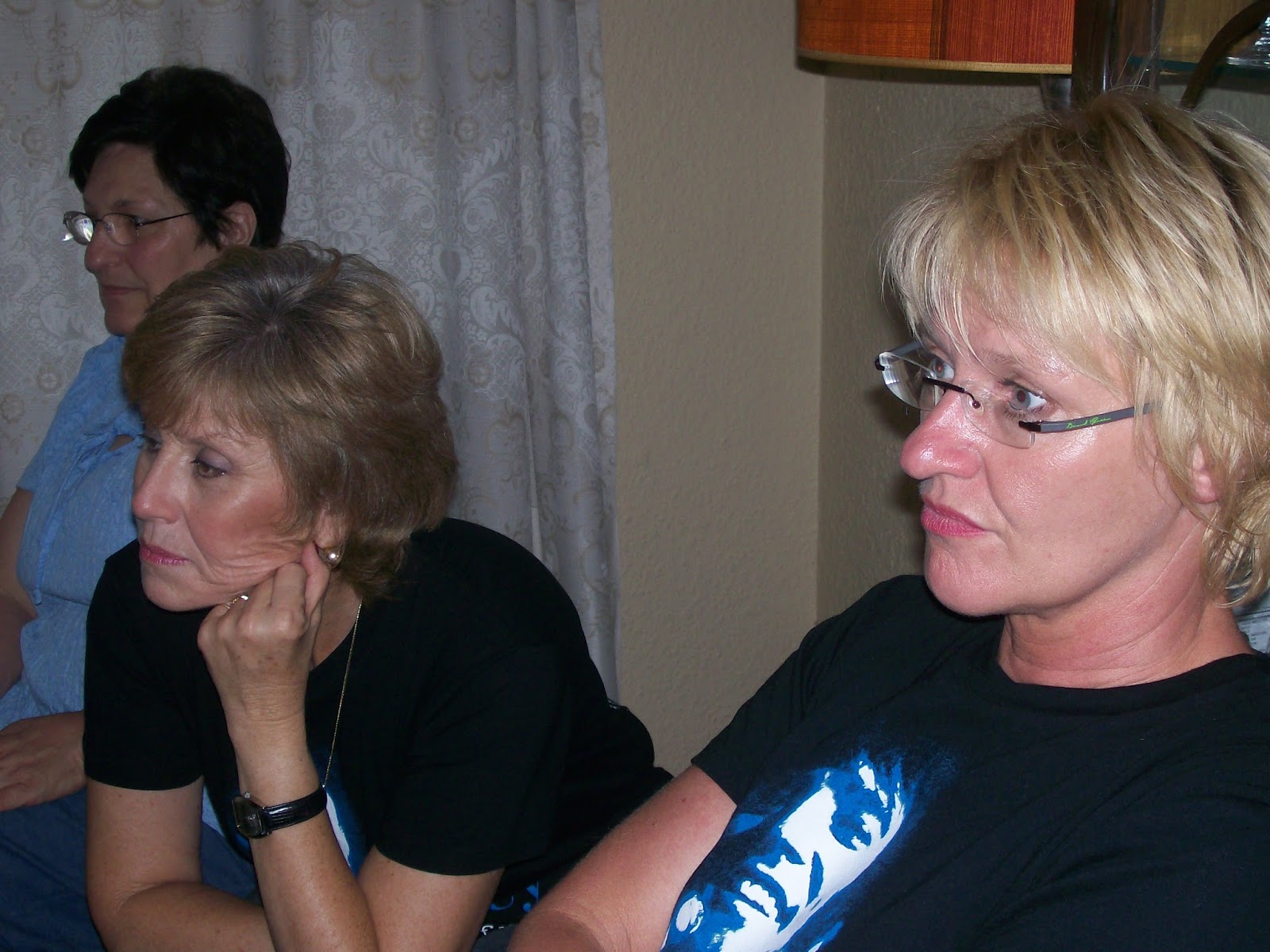 With 16th August falling on a Saturday this year, we held our monthly get together on the actual anniversary of Elvis' death, 37 years later.

The first part of the afternoon was dedicated to ‘Sentimental Me’ - personal memories of what very special Elvis songs meant to us. Very happy and very sad memories came to the fore - with each fan sharing very personal feelings. All of us gaining more understanding of each other. O, how Elvis really touched our hearts with his music, his voice. Songs such as Bringing It Back, Love Me Tender, My Wish Came True, An American Trilogy, One Night, all mean so much to one specific fan.

It is amazing just how much Elvis’ music touched us all.

Then came the concert - The Fantasy Concert - of Elvis recorded live on stage in Memphis 20th March 1974 at the Mid-South Coliseum. Camera footage from that show was complemented with footage from other shows to form a complete show! Elvis was in top form, loving every minute of performing back in his hometown for the first time in 13 years. What a performance he gave.

It was a sad day, 16th August, but just watching this concert we became aware again, of what a brilliant, one of a kind entertainer this man with the magnificent voice was and always will be.

Email ThisBlogThis!Share to TwitterShare to FacebookShare to Pinterest
Labels: Club